I think it would be a mistake to claim that “Back to the Land” is simply an album by Hot Peas ‘N Butter. Sure, that’s technically true, but it doesn’t tell the story. It doesn’t make any mention of the long list of special guests. In fact I believe there are more special guests than there are tracks on the album. Truly the album is a beautiful collaboration of friends, colleagues, and musical powerhouses. But how to express that simply? The only way to convey it all is to listen. 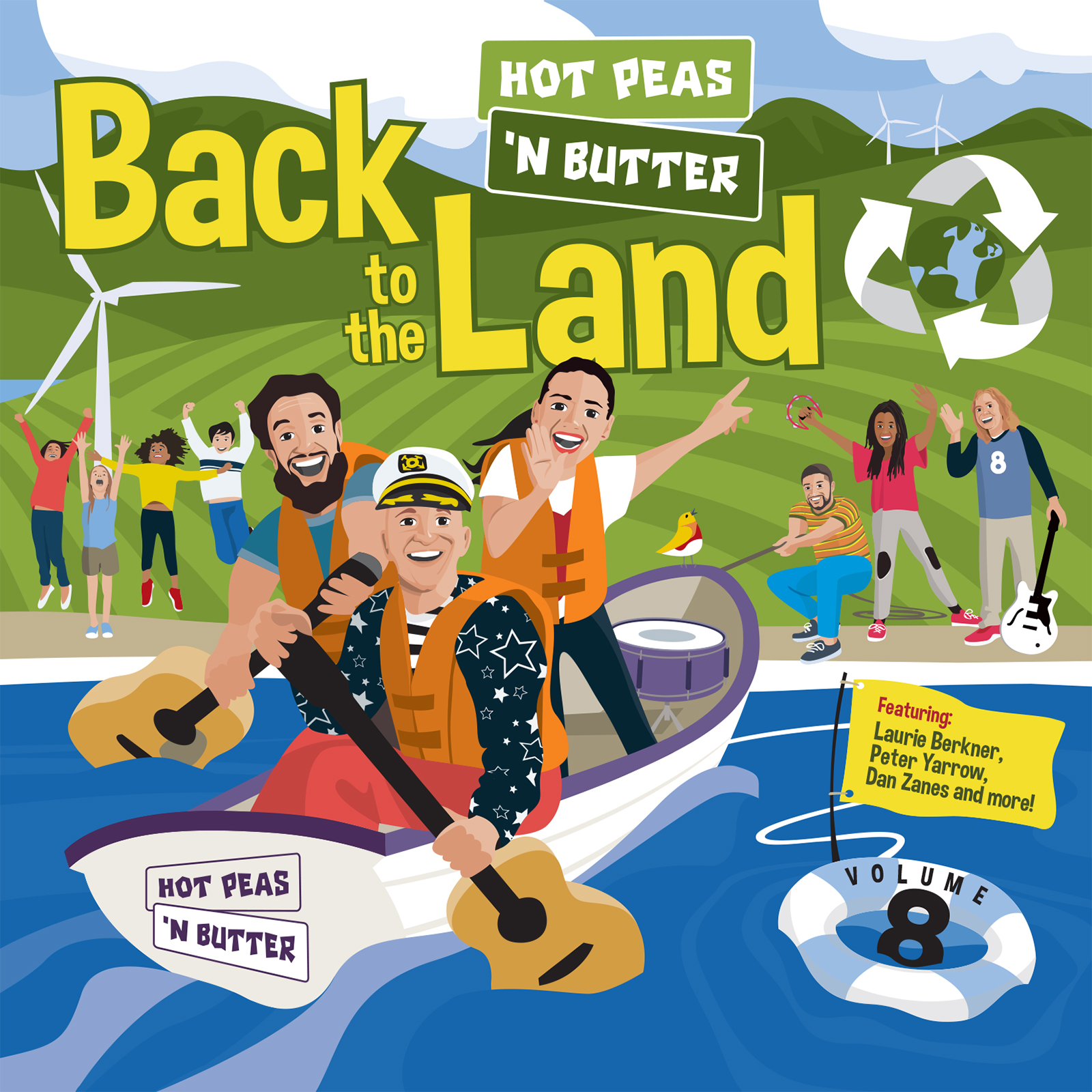 I received this album free of charge for the purpose of this review.

This is the 8th album from the group which has been together since 2000 and have won several awards as well as acclaim on such outlets as Noggin. This album, “Back to the Land” really feels like a return to the basics. What are the basics we want for our children? I want to teach my children to love, to cooperate, to forge connections with each other and with nature. I find all of that in the lyrics of this album and I’m sure you will too.

Most of the songs in here are original, although there are a few borrowed from elsewhere including Funga Alafia, a traditional Nigerian song I remember learning when I was a child. There are a couple of Spanish-language songs as well, they are new to me. Somos el Barco, borrowed from American folk music, is especially poignant and tender. That’s the one I found myself returning to hum, or just ponder the lyrics. I love the imagery that we are all connected: